The port of Las Palmas stands out as the principal tricontinental platform of the Mid Atlantic, located on routes towards the European, African and American continents. A maritime enclave which acts as an essential stop on the primary international merchandise transit routes, offering mooring, supplies, offshore services, bunkering, provisioning and repairs.

The port of Las Palmas is, above all, an international port which combines its import and export traffic with the provision of all kinds of services for ships stopping over (repairs, provisioning, etc.), fishing traffic, passage and recreational boats. It is the main distribution centre for merchandise in the Canary Islands and one of the most important in Spain.

It is known as the great fuelling station of the Atlantic due to the million and a half tons of oil products supplied annually, around three tons every minute.

Due to its proximity to rich African fishing grounds and its infrastructure, it is the primary fishing port in the area, with an annual movement of 400,000 tons of frozen fish.

The traffic of containers is the highest in West Africa with around 600,000 TEUs. It boasts the largest naval repair centre in the region, with the versatility necessary to perform operations aboard supertankers, to drydock ships up to 30,000 tons, and to service sporting vessels. 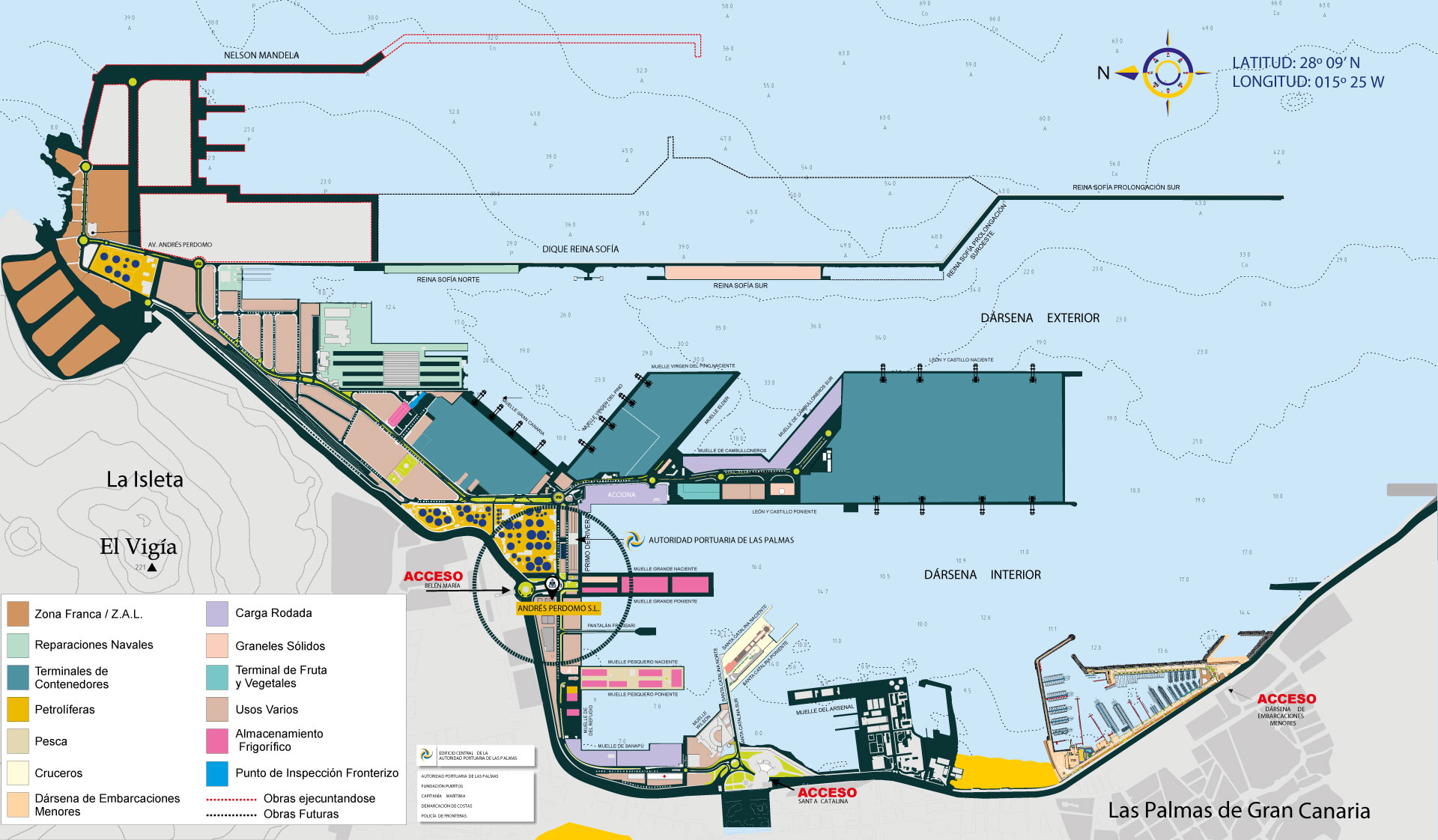